It takes a lot of effort and determination to break out of the bubble of our everyday London, LA, or Sydney lives, a bubble of 12 to 20 tonnes of CO2 emissions per annum that says not only is it normal to have such a hefty carbon footprint, it’s actually sensible and defensible.

If you are in the situation like myself where your daily life for whatever reason is steeped in climate change, its impact and the fight to stop it, then a low carbon lifestyle becomes obvious, almost a necessity to maintain sanity.

This sanity is fragile. Working out what life was about was hard enough without global warming, except for the nihilists and hedonists. Any religious, modern or post-modern point of view is roughly based around order and structure being good, and chaos and disorder being bad. With the introduction of climate change, it seems that chaos and disorder are gaining the upper hand, which really doesn’t fit in with any world view or provide any useful meaning.

Throughout history though, society has faced challenges and overcome them. To frame global warming then as a faltering step that we eventually make good, the cause and the fix need identifying. The concept of CO2 emissions as the cause and the energy transition to renewable energy as the fix is far too simplistic. If that was the case, it begs the question of why the world isn’t on a trajectory to limit global warming to 1.5°C. This bubble that the vast majority of us live in with our 12 to 20 tonne carbon footprint requires an explanation, and the fix is as yet unknown.

Society has had multiple opportunities to fix it, perhaps the best one being the publication of the book Limits To Growth, a worldwide bestseller in the 1970s which outlines several pathways into the future, including society’s current chosen pathway. Economic and social indicators from the last 40 years of our economy mirror the predictions in the book. Grimly this pathway further predicts social collapse[1]Herrington G. (2020) Update to limits to growth: Comparing the World3 model with empirical data Wiley, a halt in welfare, food, and industrial production over the next decade or so, which throws into question the sanity of continuous economic growth as humanity’s goal in the twenty first century.

One good explanation for why humanity has reached this point is described in detail by Prof. Michael E. Mann, the creator of the famous hockey stick graph which showed the world exactly what global warming looked like. In his 2021 book The New Climate War[2]Mann, Michael E. (2021): The New Climate War – the Fight to Take Back Our Planet. Public Affairs Press he describes the anti-environmental PR campaigns run by the fossil fuel industry to prevent or delay the world’s move away from fossil fuels. This propaganda – a stream of lies and manipulation from big corporations – is both immoral and outrageous, especially since it is still in full progress and shows no sign of stopping. Unfortunately this blatant immorality[3]Grasso, M. (2020): Towards a broader climate ethics: Confronting the oil industry with morally relevant facts. Energy Research & Social Science, Vol 62 101383 doesn’t impact its effectiveness.

Since the end of Trump’s presidency, outright climate denial has been dropped from the propaganda. More focus is now given to playing down the threats of climate change and offering various dubious solutions to prolong the use of fossil fuels. Even without large quantities of messaging in the media telling us that it’s not a problem, persuading people that everything has to change is a major challenge. It’s the bubble. People are psychologically hard-wired to be concerned about their short-term security, so anything that threatens to make life more difficult today is bound meet resistance. With the prevalence of the propaganda supporting the fossil fuel industry and criticising everything that is needed to replace it, society is loathe to shift and a democratic majority for the necessary radical climate action seems fanciful, even while the grim evidence of climate change flashes across our TV screens.

Every day that goes by without action results in more social, environmental and economic damage, now and further down the line. The prospect of 3°C of global warming becomes more and more inevitable, with the dire consequences for society. How can we reconcile that with any notion of meaning in life? Most people probably can’t. Our bubble will at some point be grimly burst by a currently unimaginable catastrophe, such as the loss of the Netherlands in super-storm combined with a high spring tide. The only real alternative is to continue the search for a way of deflating this bubble ourselves.

Prof. Mann in his book refers to a very interesting study by the climatologists who worked on climate tipping points, in which they propose that there are analogous social tipping points on the political spectrum, where ideas can pass a point of critical mass in terms of support. The support may be far less than needed for a democratic majority, but the tipping point acts as a one-way valve and after it is passed, support accelerates away to the level needed for an outright democratic majority.[4]Otto I.M., Donges J.F., Cremades R., Bhowmik A., Hewitt R.J., Lucht W., Rockström J., Allerberger F., McCaffrey M., Doe S.S.P., Lenferna A., Morán N., van Vuuren D.P., Schellnhuber H.J. (2020): … Continue reading This makes sense. This is the fix. This is what can demote climate change from an existential threat to a crisis we recover from.

EcoCore’s mission is to combat climate change – if you want to support it and can afford to, please set up a small regular donation via Patreon 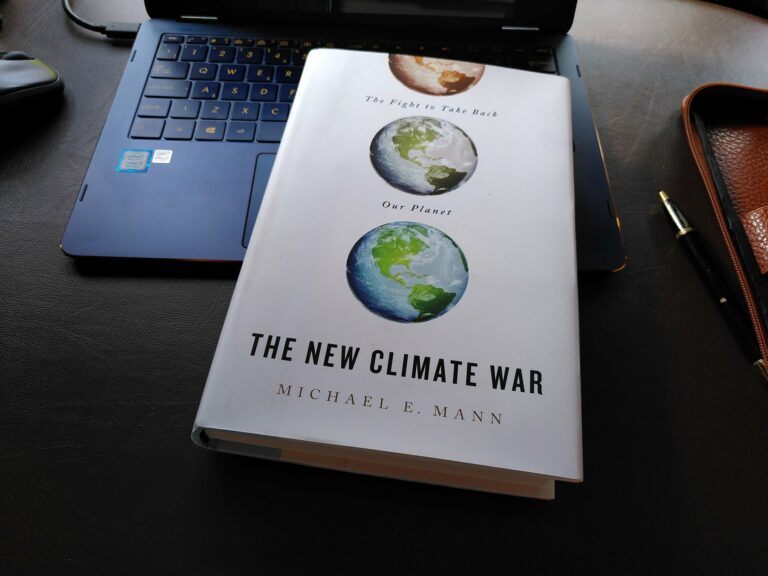